What is Sexual Wellness?

Male sexual arousal is a complex process that involves the brain, hormones, nerves, muscles, and blood vessels. When a man’s sexual health is optimal, it includes a healthy amount of sexual desire, or libido, as well as the ability to achieve and sustain a firm erection. Erectile dysfunction (ED), also called impotence, is known as the persistent inability to obtain or maintain sufficient rigidity of the penis to allow for satisfactory sexual performance. ED is an incredibly common issue, affecting between 10 and 30 million men in the U.S. alone. Age is the variable most strongly associated with ED due to naturally declining testosterone levels, but many physical and emotional factors may also contribute to this common condition.

ED can be a devastating condition not only to your health but also to your self-esteem, relationships, and overall sense of wellbeing. At Medsmart Wellness Centers, we understand the importance of men’s sexual wellness and offer a vast variety of treatments that effectively restore erectile function and improve the quality of your sex life.

Viagra (sildenafil) and Cialis (tadalafil) are the two most commonly prescribed medications to combat ED and improve male sexual performance.

This medication works as a synthetic aphrodisiac and increases your sexual desire. 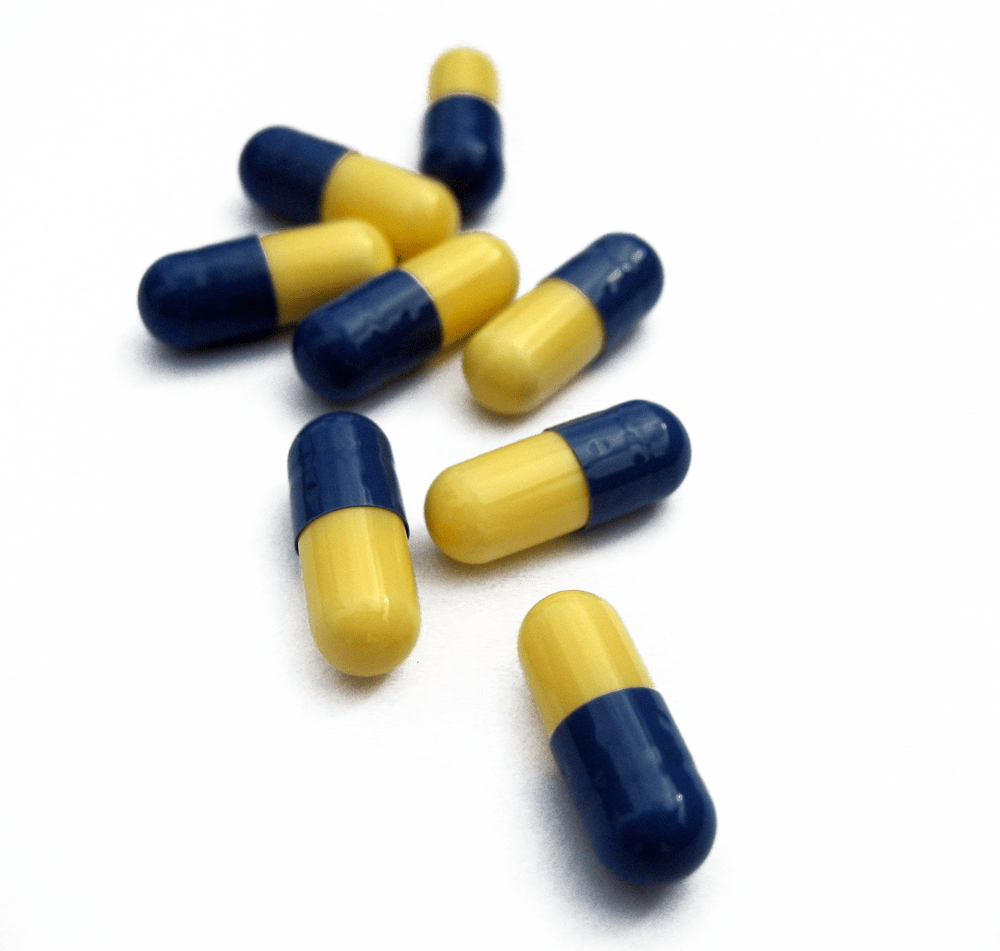 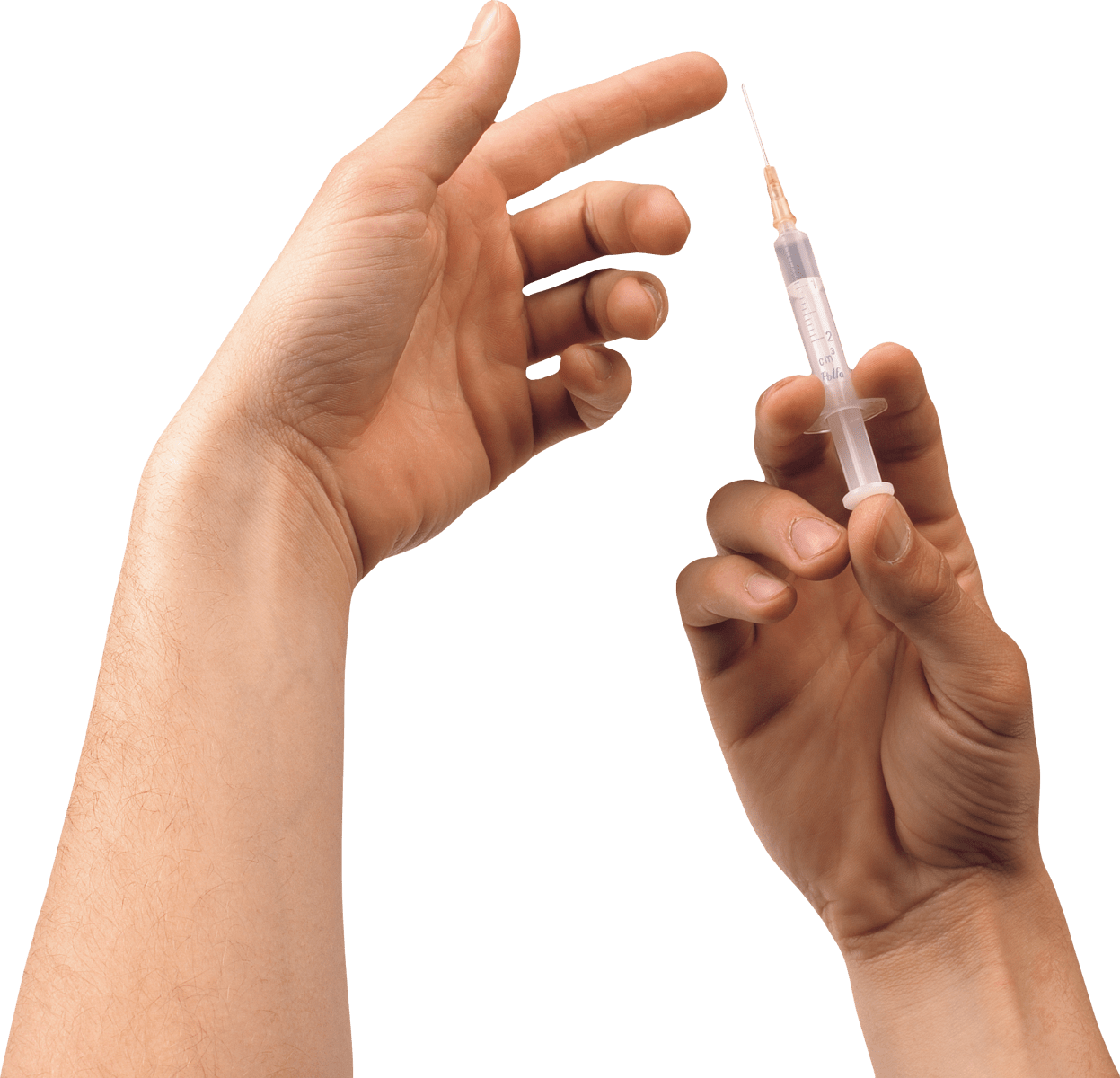 Hormones control most of your essential bodily functions, including your mood and your sex drive. As hormone levels begin to naturally drop with age or become unbalanced due to underlying medical issues, it can start to take a toll on your libido as well as your erectile function. At Medsmart Wellness Centers, we have several unique treatments that can aid in getting your hormones and your sex drive back on track.

Bio-identical hormone replacement therapy (BHRT) replaces fallen hormone levels with plant-based hormones that are chemically identical to those produced in the human body.; we also offer testosterone therapy, which utilizes synthetic testosterone to restore levels of testosterone in the body of those suffering with “Low T”, which is considered to be the male sex hormone. Once the optimal balance is restored, patients can experience more satisfaction with sex, more frequent erections, and better overall sexual performance. Andropause is often referred to as the male equivalent to female menopause. It is caused by a decline in testosterone as you age. Testosterone is a hormone produced by the testicles and is responsible for male sex characteristics. Most men will see a 1% drop in testosterone levels yearly after age 30.

Our environment is full of endocrine disruptors in plastics, foods, and personal care products. These products certainly disturb proper hormonal function and may be responsible for the decline in global testosterone. Stress is also thought to contribute to low testosterone levels as well.

About 5 million men in the U.S. currently have symptoms of low testosterone or hypogonadism but only 5 to 10% ever seek treatment.

The symptoms of andropause include: 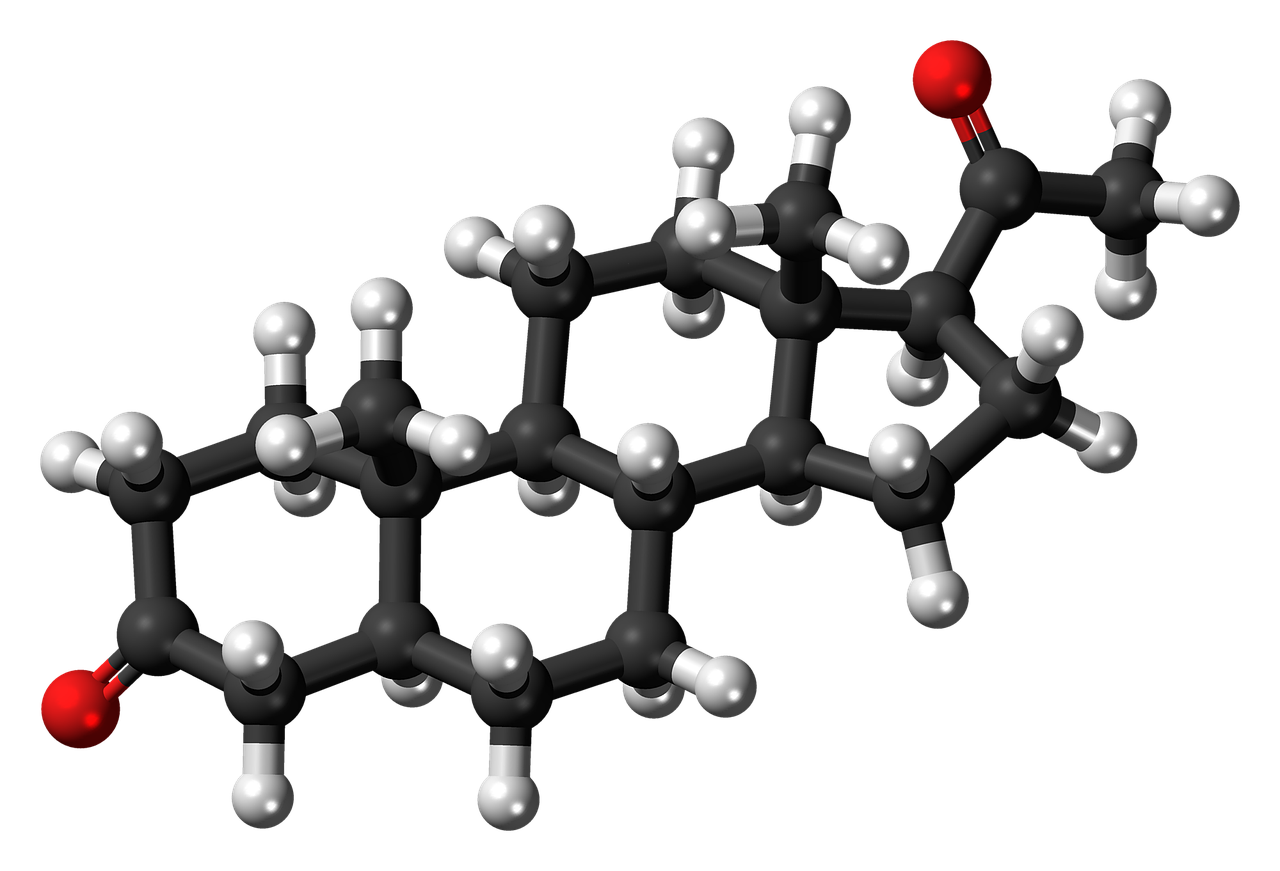 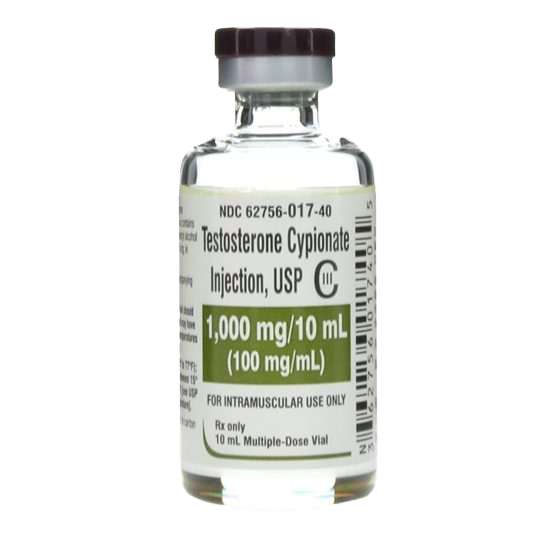 What are the steps I need to take?

If you have low testosterone you are at a higher risk for heart disease, high cholesterol, anemia, high blood pressure, obesity, and diabetes. Testosterone balance is essential for other health reasons. Testosterone supports overall health, lowers risk factors, and improves sexual health.

Treatment is convenient, effective, and essential

Treatment for andropause is important to improve quality of life and prevent disease in men. Bioidentical hormones are used because they are molecularly identical to hormones produced naturally in your body. Bio-identical hormones are derived from natural sources. Replacement options will be discussed by the medical staff at Medsmart Wellness Centers and can be designed to meet each patient’s needs. Lifestyle factors will be addressed such as alcohol use, diet, exercise, and stress, and tailored to your needs.

Medsmart Wellness Centers provides a comprehensive evaluation of your health and lifestyle. Each patient receives individual attention and care. Contact us for an appointment today. We look forward to helping you achieve the life you deserve!

Viagra (sildenafil) and Cialis (tadalafil) are the two most commonly prescribed medications to combat ED and improve male sexual performance. Both of these drugs are known as phosphodiesterase type 5 (PDE5) inhibitors, which work on the vascular system to increase blood flow into the penis to help produce an erection before intercourse with or without sexual arousal. At Medsmart Wellness Centers, we can customize a treatment program with these medications based on your needs to help you achieve powerful erections once again.

Peptides are naturally-occurring compounds composed of amino acids that serve many different roles in the body, including helping your cells to carry out their functions. While many traditional erectile dysfunction medications work on the vascular system to open blood vessels to obtain an erection with or without sexual stimulation, researchers have discovered that peptide sequence 141, or PT 141, actually works to target the region of your brain responsible for regulating sexual response. In other words, this medication works as a synthetic aphrodisiac and increases your sexual desire.

PT 141 activates neurons in the hypothalamus—the area of the brain that controls your libido. Once these neurons are activated, it signals to your pituitary glands to release sex hormones associated with sexual arousal into your bloodstream to get you in the mood. This treatment works in about 80 percent of men who do not respond to medications like Viagra and is even safe to use with nitrate medications.

The expert wellness consultants at Medsmart Wellness Centers are always ready to help you with your sexual health and wellness concerns. To learn more about the services we offer and how they can expertly help you to conquer erectile dysfunction, contact us today at 305-842-2244 to schedule your complimentary consultation.

When conventional oral medications for erectile dysfunction such as Viagra and Cialis are contraindicated or non-responsive, penile injections are a compelling alternative for helping men achieve an erection before intercourse with or without sexual stimulation. Penile injections are self-administered directly into the corpora cavernosa, the erection chambers located on each side of the penis, using a small hypodermic needle.

As with oral ED medications, penile injections work to expand blood vessels and direct blood flow to the penis to encourage an erection using different drugs and varying strengths. At Medsmart Wellness Centers, we offer the following injectable prescriptions for ED for your needs:

Bi-Mix: An injectable formula containing a mix of two medications—Papaverine which works to expand the blood vessels, and Phentolamine which relaxes the smooth muscle and elevates cardiac output for increased blood flow to the groin.

Tri-Mix: The next step up from Bi-Mix, containing a combination of three medications that work together to treat ED - Alprostadil, Phentolamine and Papaverine. The addition of Alprostadil works to boost blood flow even more so than Bi-Mix for patients who are unresponsive to the Bi-Mix formulation.

Quad-Mix: Considered to be the most potent ED injectable, Quad-Mix contains four different medications to help patients achieve an erection by directing blood flow to the groin - Prostaglandin E, Papaverine, Phentolamine, and Atropine.

Pulse Wave therapy is administered with a wand-like device placed near different areas of the penis. A healthcare provider moves the device along parts of the penis for about 15 minutes while it emits gentle pulses. No anesthesia is needed.

The pulses trigger enhanced blood flow and tissue remodeling in the penis. Both of these improvements can promote erections for better sexual performance.

The Priapus Shot® (or P-Shot®) for men is a treatment that provides a specific way of using your own blood-derived growth factors to rejuvenate the penis. It is a breakthrough, clinically-proven, safe, and effective procedure that helps male sexual wellness — without surgery, or the use of medications.

The Priapus Shot® utilizes the power of platelet-enriched blood plasma collected from the patient's own body. The doctor injects the platelet-rich plasma, which encourages and stimulates the body's natural healing and restoration process. The blood is drawn and then activated.

During the Priapus Shot® procedure, the doctor or nurse begins by applying a numbing cream to the penis and arm. Blood is then drawn from the arm in the same way as with a blood test. Using a centrifuge and a special method, Platelets are then isolated with the resultant growth and healing factors.

The Priapus Shot, also called the P-Shot, is a medically proven, safe and effective treatment for erectile dysfunction (ED). The P-Shot is one of only a few non-surgical male enhancement treatments that may increase penis size and improve sexual performance while treating erectile dysfunction.

Peyronie's disease is a connective tissue disorder involving the growth of fibrous plaques in the soft tissue of the penis. Specifically, scar tissue forms in the tunica albuginea, the thick sheath of tissue surrounding the corpora cavernosa, causing pain, abnormal curvature, erectile dysfunction, indentation, loss of girth and shortening.

It is estimated to affect 10% of men; the condition becomes more common with age.

Although the popular conception of Peyronie's disease is that it always involves curvature of the penis, the scar tissue sometimes causes divots or indentations rather than curvature. The condition may also make sexual intercourse painful and/or difficult, though it is unclear whether some men report satisfactory or unsatisfactory intercourse in spite of the disorder.[citation needed] It can affect men of any race and age.

Peyronie's disease can also have psychological effects. While most men will continue to be able to have sexual relations, they are likely to experience some degree of erectile dysfunction. It is not uncommon to exhibit depression or withdrawal from their sexual partners.

The underlying cause of Peyronie's disease is unknown. Although, it is likely due to a buildup of plaque inside the penis due to repeated mild sexual trauma or injury during sexual intercourse or physical activity.

What our Customers are Saying 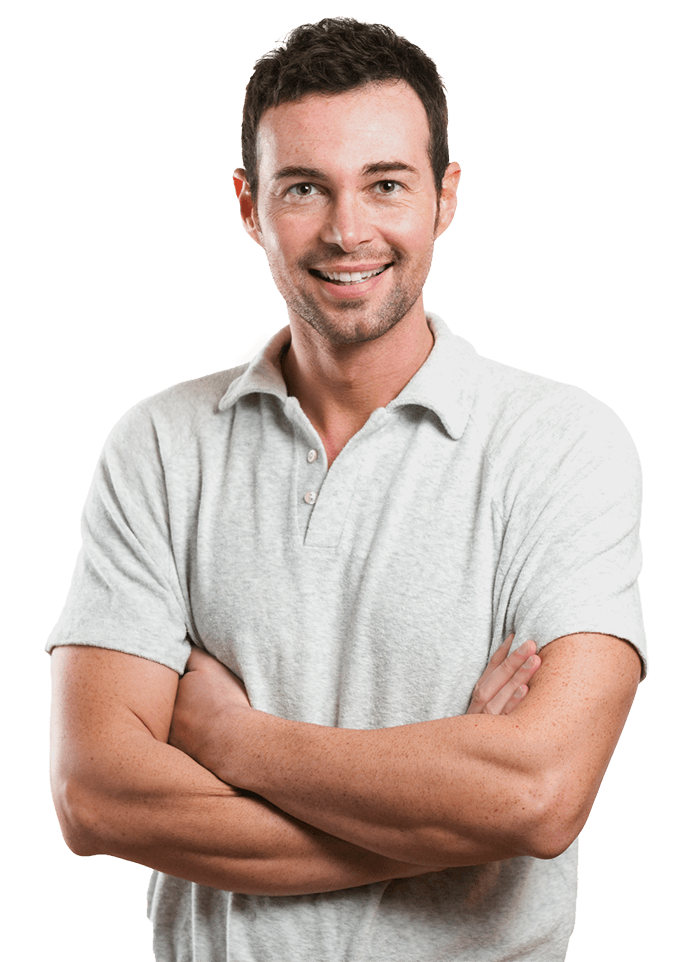 First of all, I am really impressed with how much my health and livelihood improved after I received my very first testosterone therapy from MedSmart. I got to know them from a recommendation from a friend and I know for other men, finding a wellness center that you can trust can be a challenge. MedSmart though is definitely worth a shot. 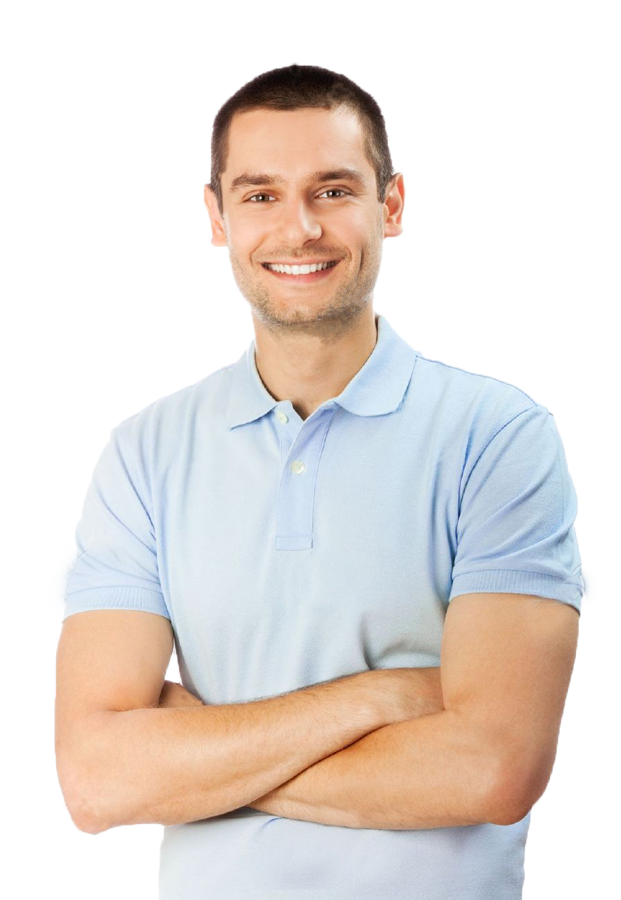 It’s difficult to find the right diet for you and the diet that can give you the best nutrition and is best suited for your own body. I developed liver complications and I needed to get treated. I found MedSmart and they had a Smart Diet program and Medi-Fast program that can help me with my liver problems. So far, everything is great!

A New approach to men’s health

Please contact us directly with any questions, comments, or specific inquiries.

Designed by The SEO Jedi